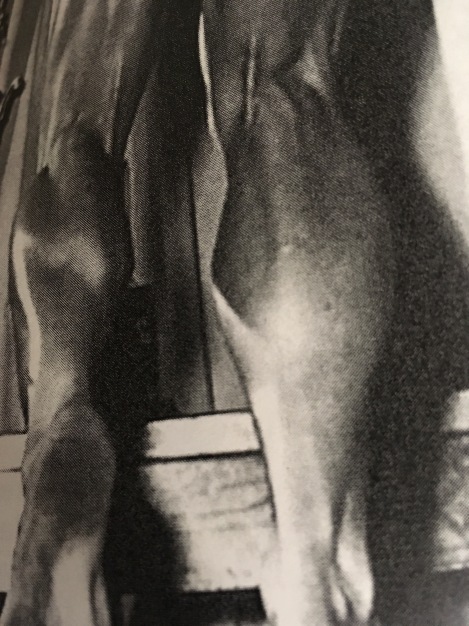 Calves can be one of the most difficult body parts to develop but if you take a look at who has big calves and does not exercise some interesting conclusions come to light.  Ever notice when asked what are the best exercises for mass with any other body part it is always a compound movement with a free weight.   For example for Legs it is typically squats and chest it is usually bench presses.   So why is it when picking the best exercise for training calves do most people not follow the same logic and typically use calf machines.

Now think to yourself who has the biggest calves and does not train them like a bodybuilder.  Let’s see.  Besides an athlete such as a sprinter, soccer or ballet dancer we frequently see diamond shaped calves in people who carry a lot of excess body fat around.  Just like the athlete who runs, sprints and jumps they too are forcing their body to bear the overload on the muscles.   Also note that this overload does not include assisted support like a calf machine or holding on to the power rack like in a 1 leg db calf raise would give you and is frequently done with a higher volume to boot. 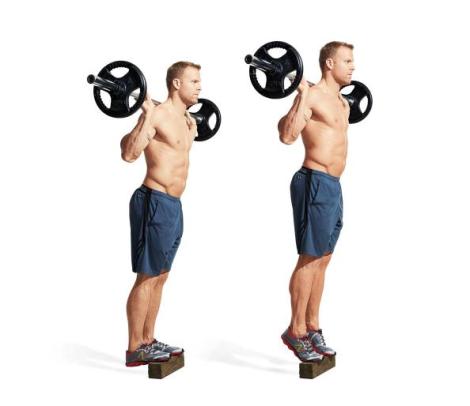 So what kind of exercises would be the best for training calves to get them to grow just like the athlete or obese crowd.   The first set of movements would be more functional and mimic the motion of walking or sprinting and could include jumping rope, dumbbell farmer walks, squat jumps or even sprinting to name a few.  The second set of exercises that come to mind would include more (traditional) movements you are kind of already familiar with but done unsupported.  So instead of the standing calf raise machine try them with a barbell, dumbbell or maybe a kettlebell and do them with your feet either on top of a block or a pair of 45lbs plates to get the proper range of motion.  Be sure to do these in a thin soled shoe or barefoot if you prefer to get the most out of these movements.

There you go.  Incorporating one or two of these movements in your calf training program and see if your calves don’t respond.

One response to “Best Exercises for Calves”